We offer everything you could possibly need for your events
.

The Best Wedding and Events DJ's In Hertfordshire 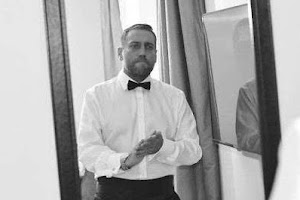 Luke is a DJ from London, Who’s been involved In the music scene since the tender age of 12 years old, just starting out Luke was performing at a house party for a friend and was soon spotted and asked to cover a radio show for 8 weeks, after 3 weeks in, the radio show was given to Luke and his then music partner, they had cemented a regular fan base and was frequent around most London pubs bars and clubs, Luke was well known in the music scene and record shops, and was given a job in one called ‘music power’ which has now closed. With the contacts made through ‘music power’ Luke soon jumped at the chance to live his dream in his schools mini enterprise, at the age of 15 he used his £50 start up fund to buy records from a distributor, recorded clips to tape and played them from a classroom during break times at school, Luke’s school record shop won him an award for his mini business, and held the record for the most profitable business made during the enterprise. Luke continued his love of performing and DJ’ed in most of London, Essex and Kent clubs working and appearing with the best of the best in the club scene, he was soon picked up by promoters abroad and has been a regular tour DJ in Greece, Cyprus, Prague, Germany, and the Spanish Islands . Fast forward 10 years and Luke started taking his own show mobile, using his crowd reading skills from club land, his musical roots and tailor made packages, topped up with his Vast musical knowledge and ever growing library which really sets him apart, his ability to read a crowd is second to none, and he sure knows how to get people dancing.

Luke is comfortable on the microphone and with all genres from the 40’s, swing and big band, climbing up all the decades to present chart and everything in between, Luke is a Wedding DJ and party specialist covering all occasions for all ages, Luke also has a huge ever growing library and combined with his expertise of House, Garage, UK Funky, Jungle and DnB. Luke is very willing to play/collect a much larger range of music, making him perfect if your music tastes are considered ‘outside the box’

All equipment he has, is state of the art, so can provide you with a full set up including. 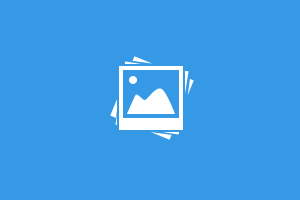 Barry is from London and has more than 30yrs experience as a professional Club mobile and radio DJ who started out at the age of 16 after winning a local competition to “Find a DJ” in his local area where he received bookings for Social Clubs, Bars and party’s along with bookings as a mobile DJ and he believes this is where a Professional DJ learns their trade! With his passion for all forms of music singing and playing the guitar with bands he believes this is how you learn what makes a live audience happy! Being bought up and involved with the entertainment industry from his father who was a highly respected entertainments Manager /Agent Barry fuelled his knowledge and passion of music and its genres, In the 80’s working on Thames River Party Boats becoming a in demand DJ the London Club scene came knocking offering residences in popular Clubs while also finding time to work on local Radio Stations, With his personality and ability behind the microphone he received contracts presenting and Djing on tours with artist such as Sister Sledge, Gwen Mcrae, Chaka Khan and many more! At this time also Djing for celebrity and corporate events, contracts followed in the 90’s to work in the Middle East, America and Europe, Returning to work with Capital Radio and residences in the London night Club scene playing House, Garage, Rnb and playing one of the biggest night Clubs in the south of England for music and Party nights! Further bookings to DJ and presenting with Bands such as level 42 and Celebrity performers such as Alexander O’Neil followed in the 00’s.

Barry has a great reputation as a DJ Entertainer and Presenter that is always in demand! Along with his massive music collection and knowledge playing music from the 50’s 60’s 70’ 80’s 90’s 00’s to current Chart Dance and party music of all genres sought after as a Mobile DJ working in prestigious Hotels and venues with a full high quality professional sound and lighting system.

If you are looking for a professional experienced personality DJ with an extensive collection of music and knowledge of presentation of a perfect night look no further than Barry Peters!
X 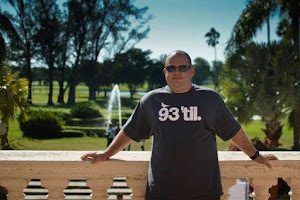 Mark started DJing as a youngster in the late 80s and has played at numerous events, clubs and bars at home and abroad over the years. He is now one of our most requested DJs, due to his unique club style DJ sets, seemlessly blending everything from Hip Hop & R&B to House & Garage to this years latests hits. 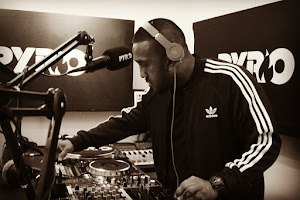 
Jedah started DJ'ing at the tender age of 18 years of age specialising in UK Garage/Grime. From here he was affiliated with various radio stations such as Radio 1Xtra and Choice FM, making his mark on the UK radio circuit
During this period Jedah was heavily involved with the underground music scene whereby he was able to perform for the likes of Tinie Tempah and of recent, Lethal Bizzle thus taking him across the globe to support their performances.
Jedah has the ability to mix all genres, especially R&B and Hip-Hop. Because of his eclectic style he was able to hold residencies in central London nightclubs such as Amika, Maya and No.5. He was headhunted in Amika nightclub to DJ in Dubai's most prestigious nightclub, People by Crystal where Jedah DJ'd for several years.
After returning to the UK Jedah has been called upon by various clubs/bars within Hertfordshire and London purely because of his music expertise and professionalism. Due to Jedah's musical knowledge and capability he is regular called upon for birthdays, anniversaries, Bat Mizvah's, wedding showers and the list is endless.
Music Styles: - 60s, 70s, 80s, 90s, Motown, Commercial, R&B, Hip-Hop, UK Garage, House and Grime
X 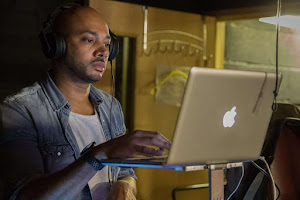 Wayne has over 18 years experience in music production and as a DJ. He has worked with many UK major artists, and has appeared on several UK mainstream radio stations such as Kiss FM, Radio 1xtra and Rinse Fm.

Wayne has a vast amount of experience as a DJ in award winning London clubs, including arranging and hosting London Club events. He has also performed in festivals and clubs internationally including the USA and Europe.

He is able to accommodate all genres of music from 60's 70's and 80’s classics to Funk Disco and soul hits right up to current chart music and specialising in soulful house, Old School Garage, RnB/Hiphop and incorporating international sounds.
X 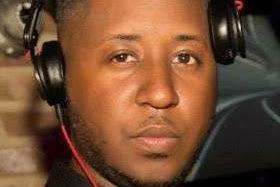 In all its dynamics the word talented is the only word to use when describing the award winning DJ/entertainer DJ Suey.
Growing up as a young man Mr. Suey was privileged to be surrounded by a collection of music and DJS including his mother, the community God Mother of music “Sister Culture” sister culture was a well known DJ in the South London area, and as a young boy DJ Suey would often follow his mother around carrying records and watching keenly during her sets as she entertained hundreds of people.
This inspired DJ Suey greatly and he initiated his career in the 90's
He would frequent under21 events finding his way on the stage entertaining. Suey developed an interested in playing and mixing different genres together.
Mr. Suey has a catalogue of music that allows him to display his talent in any environment. Mr.Suey has regular local authority bookings as well as parties’ weddings world-class events and international bookings such as Jamrock festival in Amsterdam and the Ibiza and Jamaica club scene.
X 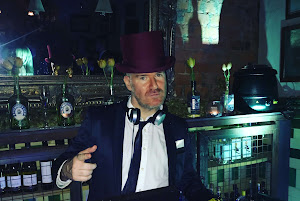 DJ Jay Q started out on the radio, hosting "The Hip Hop Hooray Show", dedicated to rap's golden era. The live show and podcast (available on iTunes) drew in listeners from all over the globe and achieved number one status in the independent podcast charts.

Despite his roots being in old-school hip-hop, DJ Jay Q doesn't tend to stick to any one style and loves to surprise the crowd. Along with being a Multi genre DJ you can Expect to hear house, drum n bass, breakbeat, funk, rave, disco and lots of re-edits and mash-ups thrown in for good measure. Jay doesn't take himself too seriously and is even known to drop the odd cheesy number from nowhere, before getting back to the dance floor bangers, he can adapt his unique style to any environment from Weddings and Birthdays to Clubs and bars plus anything in between...

To date, Jay's career highlights include a supporting-act role at the Boom Bap Festival, headlined by Ghostface Killah of the Wu-Tang Clan.
And also being selected to DJ the after-party for the premiere of the Inbetweeners 2 movie, with all the cast in attendance.

He's used to providing entertainment for high-end events, festivals, corporate functions and private clients all over the UK.

Current residencies include All Bar One, Vodka Revolution, Pitcher & Piano, Slug & Lettuce and Bosco Lounge. This summer Jay has been booked to perform in Lloret De Mar, Spain and Zadar in Croatia.
X 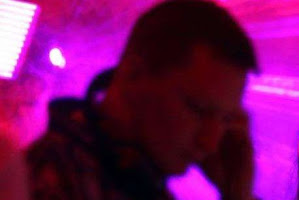 DJ Clarkee (Fil) has been spinning tunes for over 20 yrs. He got into DJing with a passion for Drum & Bass, 90’s Dance Garage, RnB & Hiphop ,He started off playing in his local pub at the age of 18. Since then he has gone on to secure residencies at several hotels, Bars and venues as their preferred Wedding DJ. He has played at various festivals across the country. DJ Clarkee is a versatile open format DJ who knows how to drop that unexpected banger of a tune at the right moment, with his superb crowd reading skills
X 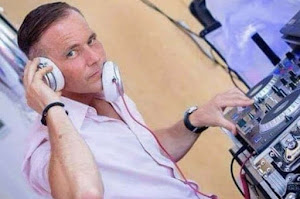 DJ Tony Gee .Born and bred in the London Borough of Barking & Dagenham, has always had a love for all types of music and had a desire to share that passion with others, playing all the classics with his own twist. Tony is very comfortable with all genres and has great crowd reading skills combined with heaps of experience which all started many years ago by setting up as a mobile DJ! That "hobby" rapidly over the years turned into a true passion & profession, and he's had pleasure of DJ'ing at countless weddings, parties, pubs, clubs and even presented and organised his own music events! , One of Tony's famous quotes is "If the music I play helps people to reminisce and puts a smile on someone's face, then my job here on earth is done!"
X
Add Team Member